At this time of year, the land isn’t used and so we love to walk the dog around the perimeter whilst wrapped up – hats, scarves, salopettes – the big field is the centre point of Islandmagee but also one of the highest places…from the top you can see both Scotland and the Glens of Antrim so the wind is a permanent feature. It’s pretty remote and we have seen mainly hares but also badgers, stoats & foxes.

According to some true beaneaters (we’re only blow ins, having been here since only 1978) there was a fete held in the big field at the time of the Queen’s coronation. I would loved to have been there – Islandmagee was certainly more of a community then – the pub hadn’t been demolished, there was no power station (no pylons), no electricity interconnector to Scotland (the size of six football pitches at this end & although we fought it and “THEY” won, it cost £70 million to construct plus £30 million for recent repairs with current faults not fixed and therefore working to only half capacity see here if you really want to make your blood boil), no gas pipeline running through the middle of the peninsula and no underground gas storage  which is the next treat in store for us Islandmagee residents – it will cost £400 million to set up the huge underground caverns before one iota of gas is purchased – how much gas could you buy for £400 million and what will be dumped in these caverns when the gas runs out – we humans in the western world seem incapable of looking beyond the next fifty years – enough enough – this wasn’t meant to be no sad post, we’ve heard enough of that before. PB 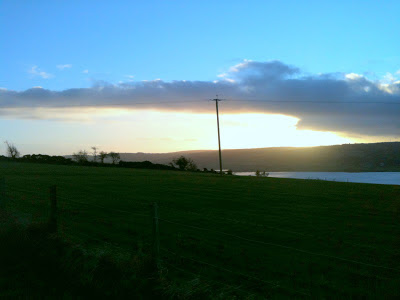 To the southwest & Larne Lough 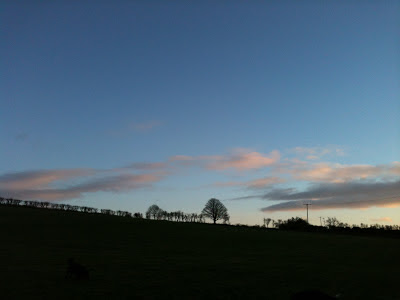 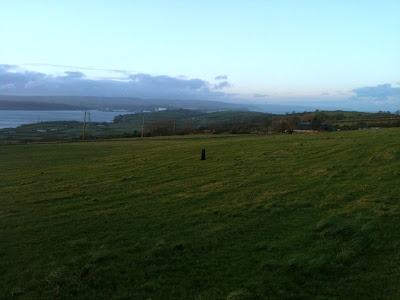 To the Northwest overlooking Larne and the Glens in poor visibility! 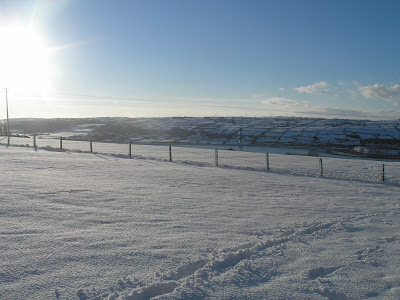 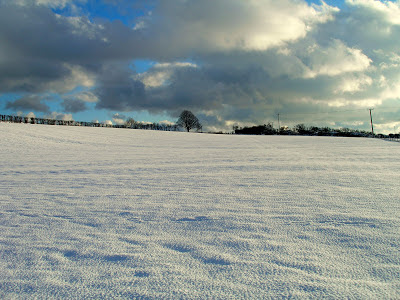 My favourite – in the snow!