My poor wee garden – it’s been blattered, with a wind that would glean corn, a lazy wind that doesn’t go round you, but through you. It was too good to be true – up until a week ago, the winter had been so mild that my potted perennials were shooting up nicely, the bulbs were all sprouting forth beautifully…iris, muscari, narcissi & primroses looking picture perfect.
They now look like they’ve been blasted with a blow torch – the beast from the north east has hit them hard, the ground was frozen til lunchtime today – that just doesn’t happen in our mild peninsula (says I rather smugly). Just not fair Mother Nature, bring us back the mild wet westerlies that we’re used to….better the devil you know.
The before pics…….hadn’t the heart to photograph the after. 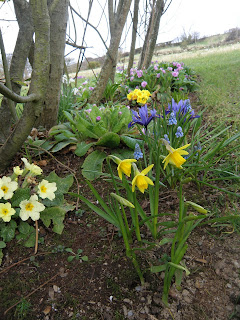 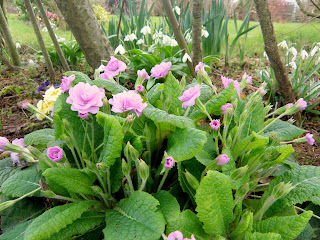