The long term weather forecast: Rain and gales, with a side order of more rain and gales.

The garden is saturated and as I type this, the most severe gales are howling outside, I’m dreading checking the tunnel in the morning as the entire frame has twisted ever so slightly, just enough to prevent the doors closing properly.

At least today was just perfect – sunny with no wind – amazing!

The blue and white bed in the cottage garden has been re-edged, dug over to remove every single piece of achillea ptarmica The Pearl and filled with a mountain load of old horse manure. All other existing plants were dug up and taken to the polytunnel, which is like quarantine…no exit until every single tiny piece of white root removed. The safe plants have been divided and replanted: white phlox, lupin, penstemon and blue campanula persicifolia, pulsatilla, aquilegia, delphinium, veronicastrum & geraniums Rozanne, Gravetye, Summer Skies & Johnson’s Blue. Snowdrops and muscari have also been returned and we have ordered some more delphinium.

I will also move, from the cut flower field, the anchusa Dropmore and some veronica longifolia Pacific Ocean together with a handful of self sown cerinthe and autumn sown echium Blue Bedder. It may look too neat in the first season as it has lost the exuberance that comes from years of self sown thugs filling every possible gap but hey ho, it had to be done. 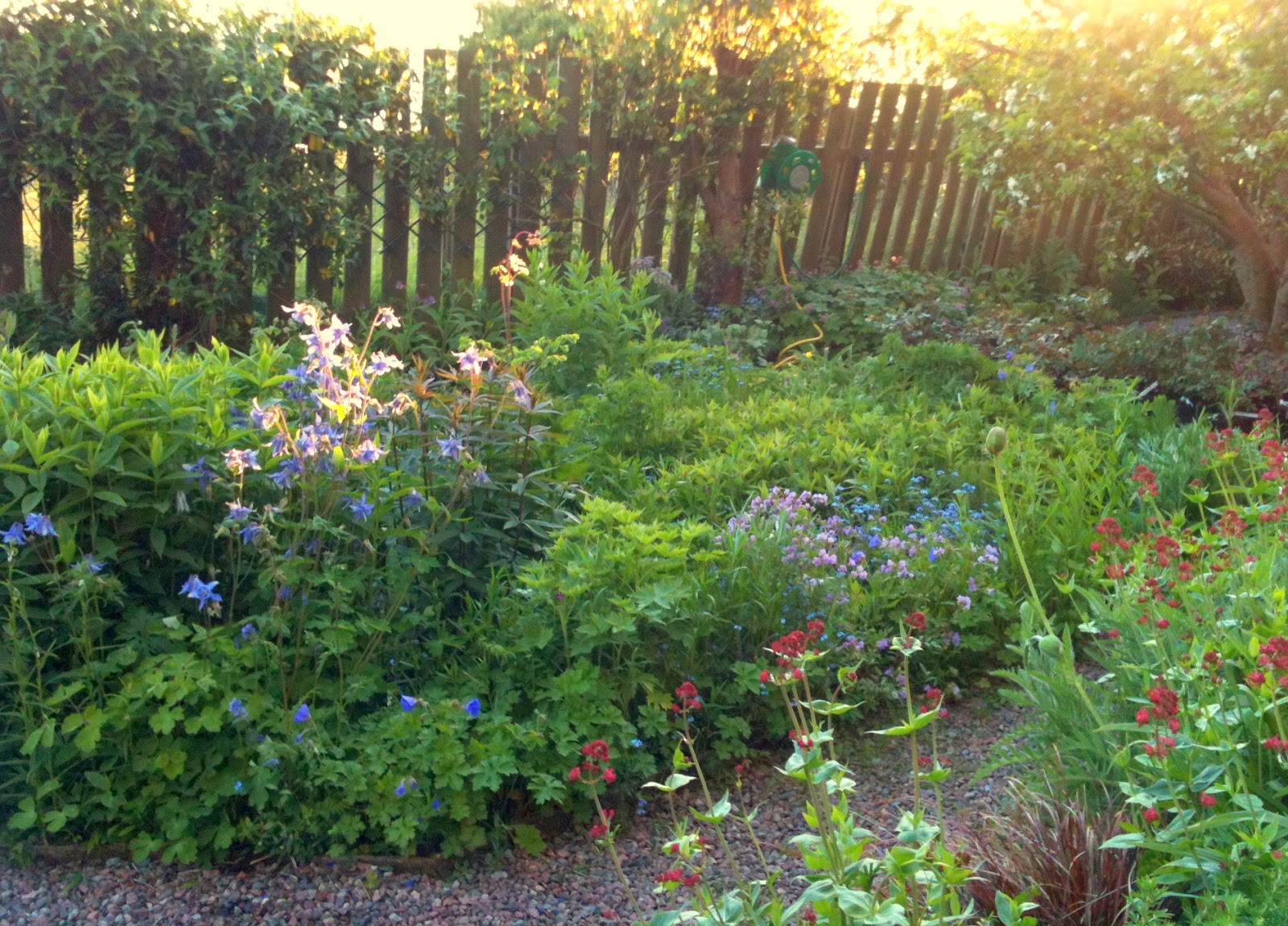 The bed in early June last year, growth was rather behind with the terribly cold spring but you can see to the right of the picture a large area of achillea ptarmica The Pearl fighting with lysimachia clethroides (both not yet in flower). Looking at this picture, we need more white flowers in early summer and more blue in late summer – has given me something else to google!