Two years ago, almost to the day, we decided to lay our old overgrown hawthorn hedge. The hedge was at the edge of the garden then, with the pony’s paddock beyond but we have since planted the pony’s field with native trees, a row of hydrangeas and a prairie border.
Anyway, we were quite brutal with the hedge and yet it has worked wonders and sprouted fresh growth along the old wood. There were some roses planted within the garden on the west side of the hedge a few years previous….Rambling Rector, American Pillar, Cerise Bouquet, Canary Bird and a few others (albas and gallicas) that have lost their label. We are adding a few more this year – Ethel, Stanwell Perpetual,  perhaps Sir Cedric Morris although he seems rather rampant and the hedge is yet to grow to a decent height.
We will also move a few other existing roses that are in the wrong place – Ghislaine de Feligonde, Nevada, Creme dela Creme.
I have also popped in a few buddleias, some slipped from ones in the garden and some bought, then planted a few ribes and deutzias……….I’ve decided to name the length of the hedgerow “The Butterfly Walk”……..seems rather pretentious, yet when asked by the lovely Cherrie McIlwaine (for Gardeners’ Corner) what were my garden plans for the year ahead, I heard myself declare, rather foolhardily “I’m going to create a butterfly walk with…” and I blurted out every butterfly friendly plant I could think of……yes the buddleias and deutzias were already planted but a few shrubs do not a butterfly walk make. I will need to add more, so that set me to thinking (yay more plants!) and I have decided to let the actual bank behind the roses go wild, like a wild hedgerow verge – our verges are lovely in Islandmagee…lots of cow parsley, wild carrot and Alexanders. And I will add centranthus ruber which self sows everywhere, hieracum (Foxes & Cubs) which we have autumn sown from our own seed (have 75 plugs in the polytunnel), also geranium pyrenaicum and dianthus carthusianorum which we grew from seed last year. I must get some honeysuckle….Auntie Jo has already planted a few clematis montana Wee Willie Winkie which she grew from cuttings.
Isn’t the anticipation almost as exhilarating as the end result?! Us gardeners have such vivid imaginations! Roll on summer!! 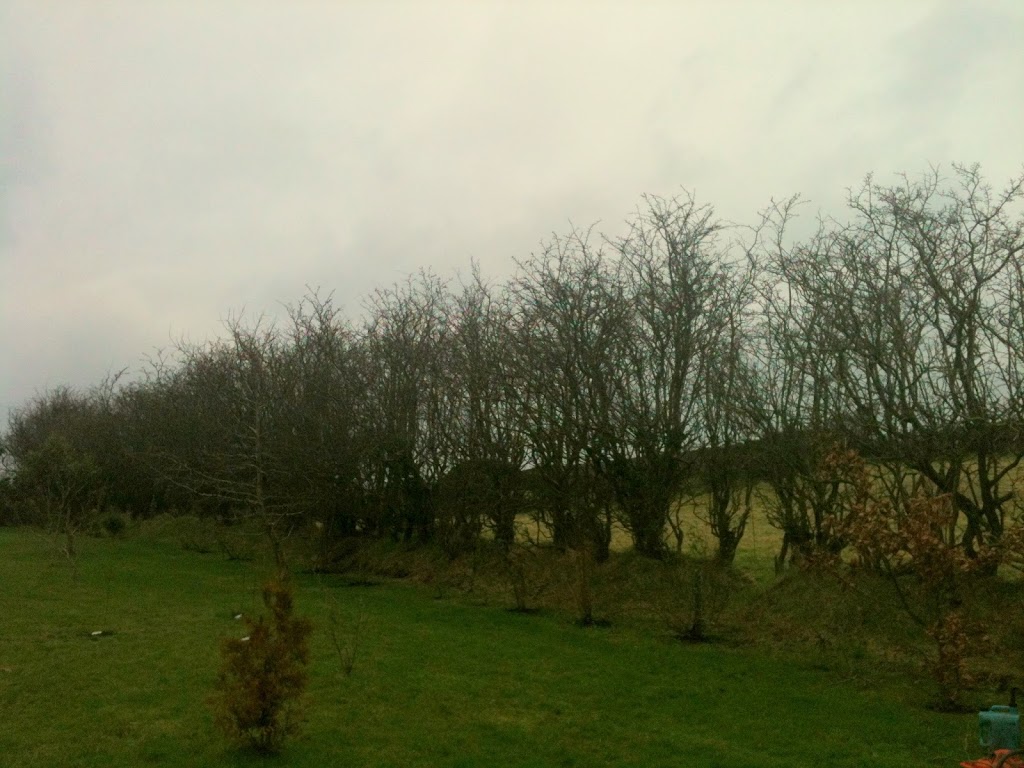 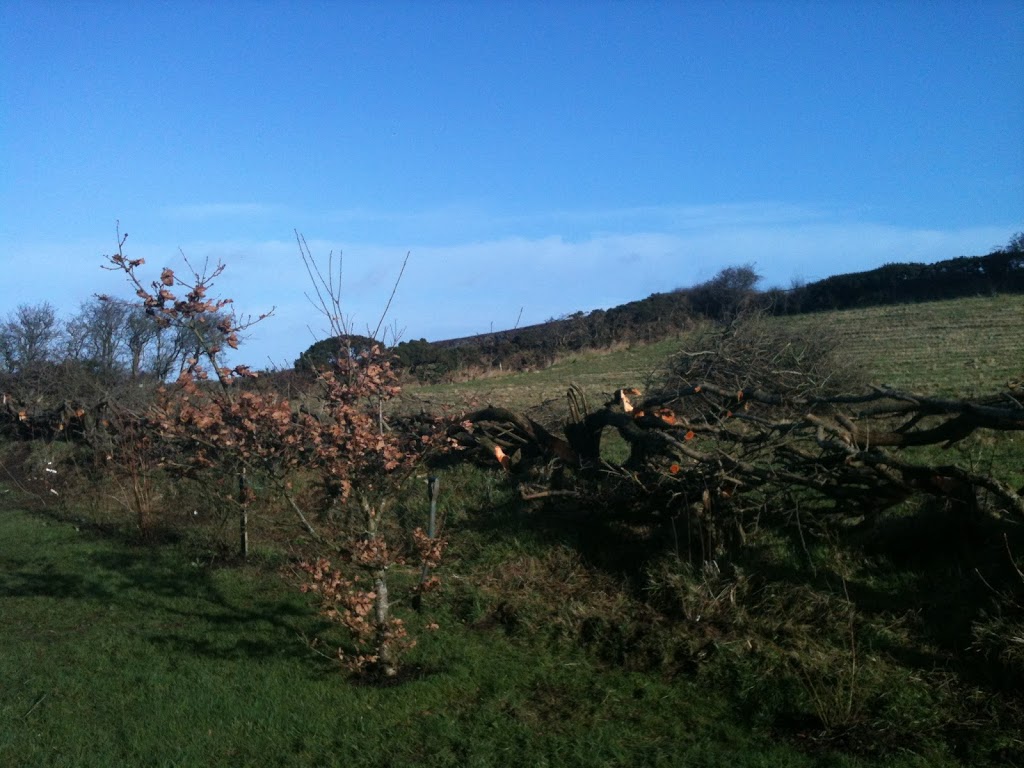 American Pillar…..two more have been added along the bank from cuttings. I will keep you posted on the progress!

Back in The Saddle 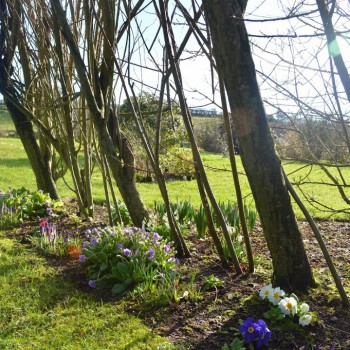 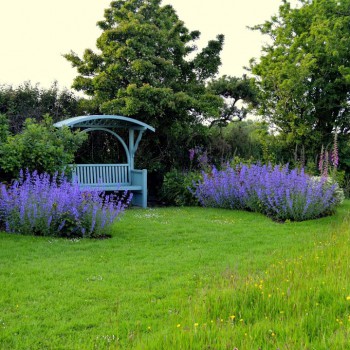