So excited about this year 2016…the first year that the garden will be open (from April to September) to the public and I can’t wait to share the garden with all sorts of folk from around the world. A few years ago, this would have seemed unbelievable but we are so lucky to have the opening of the Gobbins Cliff Path on our doorstep and since its opening last August, there have been 26 different nationalities stepping onto our lovely island.

I’m trying to forget about the fact that it has rained almost every day since Christmas (no kidding) and that we have had one storm after another – there is so much to do in the garden before we open again in April…here are just a few items on the “To Do” list:

Make a new sign for the top of the lane.

Build a new pond beside the sapling wood in the upper garden.

Make a fruit cage in the veg garden.

Build an arch between the orchard and herb garden (for some climbing roses).

Resurface the paths in the veg garden.

Clear, weed and mulch all borders.

Need I say more? I think I need to get a move on! 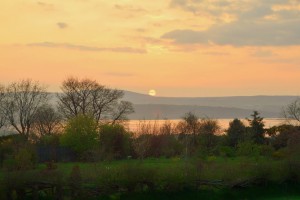 The Year Gone By