A Little Piece of Kilcoan

A Little Piece of Kilcoan

I wanted to create a little sample of Kilcoan in spring and, judging by the feedback, I think I may have pulled it off.

The weather has been so cold which helped as I would rather the plants were just beginning to flower than going over. On hind sight, I should have moved certain plants in to the tunnel a few weeks earlier, such as galium odoratum, centaurea montana, geranium macrorhizum, camassia and alliums. All of the plants were propagated  from our garden stock, except for the bulbs which were purchased and potted up in autumn.

The plants are as follows:

The focal point of the display is an “insect hotel” at the end of the path, adding a vertical dimension in a kind of sculptural sense. Although it looks ornamental, the spec is such that it should prove useful – corrugated card for lacewings, correct diameter of holes for solitary bees. It will also face south / southeast when brought back to Kilcoan which is important.

It was such a wonderful experience and the atmosphere was so amazing that I would highly recommend a visit (next year!). 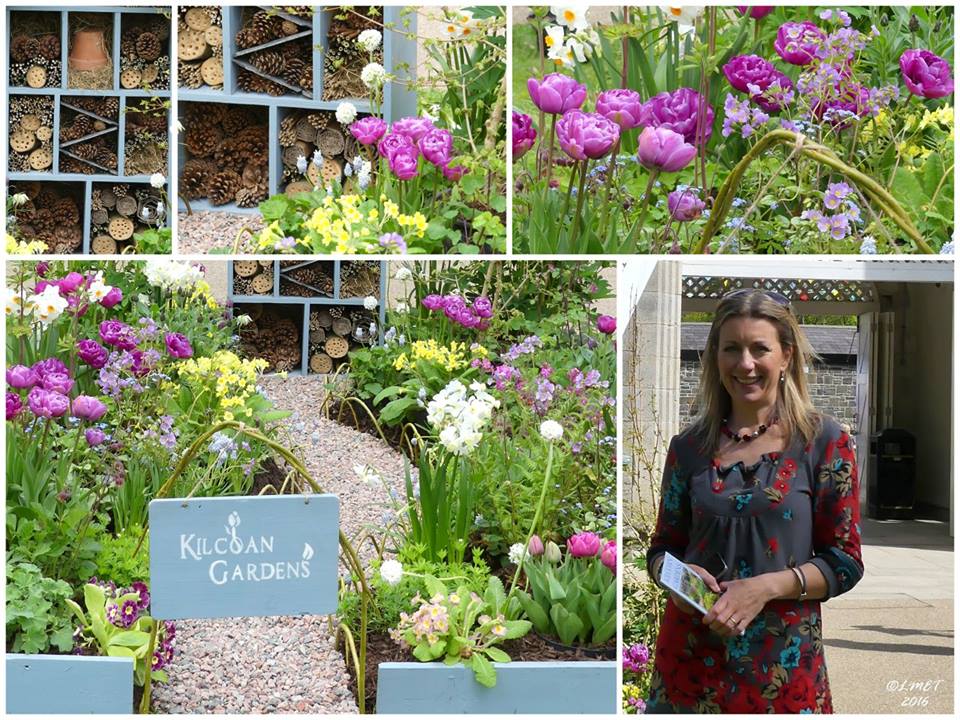 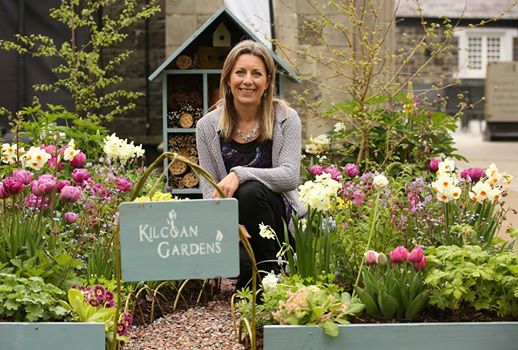 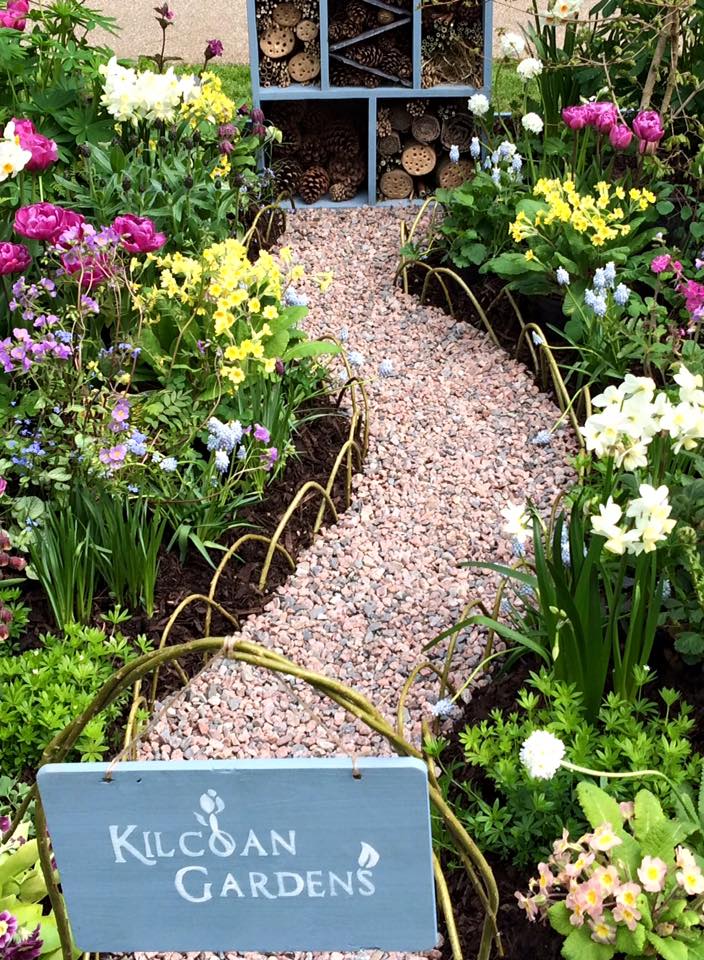